What you can see in the picture below is an artistic demonstration of what fast-growing timber can be used for, right behind two of our amazing colleagues. This construction was built by Fairventures Worldwide in 2019, as a first showcase of just one application of the so-called “Glulam” technique. Glulam stands for “Glued Laminated Timber”, which means that small pieces of timber are glued together to achieve a high level of stability for constructions of much larger dimensions.

The structure is located in Kampala, right next to Jinja Road, one of the main roads of Uganda’s capital. It gives pedestrians an opportunity to rest in the shade of its own roof. With the material used being a relatively bright timber, it is not only an eye-catching construction, considering the impressive curve of the roof. It also has the property to not heat up as much as benches made out of darker, more conventional materials. As it has been installed at the Airtel roundabout, an especially busy junction of the road, it has also been catching the attention of bypassing drivers for quite some time now, with its unique shape and generally innovative design.

The species of timber used in this case is Caribbean Pine(lat. Pinus caribaea). Even though this is not a domestic tree species, it is planted, grown and harvested in large numbers in Uganda. This is because it has characteristics that are very suitable for reforestation purposes as well as in the construction sector: On the one hand, it is a fast-growing lightwood, quickly storing huge amounts of carbon and can therefore be harvested as soon as 15-20 years after planting, depending on the use. But on the other hand, it can also be utilised as a construction material as it is very durable in spite of its rather low density. Due to its tree resin the timber is less prone to termite attacks and with the right construction design, the right treatment of the timber, it is very suitable in the construction sector. By supplying the industry with large amounts of legally harvested lightwood, the demand for imported, illegally logged timber coming from the rainforests of neighbouring countries can be decreased. To achieve these goals, Fairventures Worldwide is working with different actors along the value chain (architects, universities, carpenters, suppliers, associations, government agencies, etc.).

However, the use of timber coming from young lightwood trees instead of ancient rainforests also brings challenges with it: For one, although they grow fast, 10- 20-year-old trees simply are not as tall as trees that are 10 times as old. Therefore, there is a need for a technique that joins together smaller pieces of wood in order to create larger structures with high levels of stability, endurance while remaining visually appealing. The solution for this challenge has already been found:

The mentioned smaller pieces of timber are laminated and glued together, manufacturing a single large, strong structural unit. These units can be vertical columns, horizontal beams or all sorts of arches and other curved shapes. To achieve high stability and also durability, the pieces are not only glued together, but only joined together using “Finger Joints” (as shown on the picture). Using this technique, the varieties of designs, shapes and shades are almost endless and only limited due to transport and logistics. Compared to solid-sawn timbers, using smaller pieces of wood has another advantage: When removing knots and other minor defects from the material, less timber has to be removed from the individual pieces, making the process more efficient and also cheaper.

Glulam products have perfect properties for being used in the construction sector of tomorrow:
On one hand, Glulam is much lighter than conventional building materials: It is approximately one tenth of the weight of steel and one sixth of the weight of concrete, making transportation and logistics a lot easier. Another consequence of that is that the embodied energy of Glulam, which is the amount of energy needed to produce a certain amount of a material, is smaller than the embodied energy of steel or reinforced concrete, making it extremely interesting for future construction projects.

On the other hand, in spite of its light weight and small carbon footprint, the laminating process makes the timber more durable and versatile than even concrete or steel. The stiffness of Glulam beams allow for complex shapes and constructions, offering architects artistic freedom, for example when designing creative seating opportunities. Designing, however, is only the first step and when put into practice, new challenges can emerge:

The Production Progress of The Bench (2019)

There is currently no infrastructure to produce Glulam in Uganda. Therefore, we had to find a simple way to manufacture these Glulam beams without large investments in machines. To implement the project, we worked with several partners in Uganda. The timber was sponsored by a forestry company in Uganda, and the local carpentry company KAVA International provided its workshop and machines as well as the craftsmen to help in the manufacturing process. Here are some impressions from the workshop in 2019:

First, the wood has to dry out until the moisture is between 10 and 15%. Then, the thickness of the dried lumbers had to be adjusted to exactly 10 mm by planing in order  to bend them to a curved beam. The thickness of the individual pieces(lamellas) defines the radius of the final beam. Then, a template for pressing the beams had to be prepared. Now, a special glue (PUR) was applied to the lumbers and 10 pieces each  were pressed together and fixed with clamps to form one beam. After the glue had dried out, the clamps were removed and the beams were almost finished. The final step in preparing the curved elements was planing them on the wide side, achieving a smooth and also visually appealing surface covering the whole structure. After that, it was ready to be assembled.

Before we built up the bench in the final position at the roundabout in Kampala, our team first assembled it in the workshop to check whether all pieces came together properly and all measurements had been correct.

After two and a half years, the bench needed some refurbishments. Because of the exposed location on Jinja Road and a lot of people sitting and using the Bench, the wooden foundation cross had to be renewed. The funnel from the rainwater was blocked from the dust and leaves from the trees around, and the rainwater didn’t drain properly. These pieces close to the soil  started rotting and needed to be replaced. It was observed that the curved beams which were covered by the shelter are still strong and in very good condition. This shows once again how important structural wood protection is for timber buildings. If the wood is protected from external influences and properly treated, wooden constructions remain flawless for years.

To replace the timber cross on the bottom, the whole structure had to be lifted and laid down temporarily. After that, the new pieces could be set in the right position on the ground and only after that was the structure lifted and screwed onto  the bottom parts again.

Another challenge the construction faces daily is the rainwater. The roof is covered with bitumen, protecting the timber structure from the moisture. The roof also acts as a funnel with a pipe attached to it, leading directly into the ground. To seal the pine wood and guard it from all sorts of external impacts, we put another layer of varnish on every surface of the structure. The bench is now fully renovated and can be used by the public to take a rest on that busy place in Kampala, enjoying the strength of the natural and renewable building material timber.

An outlook on the future:

As mentioned before, this bench at  Jinja Road is only the first showcase of one of the many applications where Glulam out of fast-growing lightwood trees can be used. But to develop capacity and a resilient timber industry in Uganda, Fairventures Worldwide has to take small steps like this one in order to achieve our goal of transforming the construction sector from steel and concrete to Mass Timber Constructions. Fairventures Worldwide is planning to collaborate with partners from the timber industry and the construction sector to develop and implement more Timber Constructions on a large scale in East Africa. 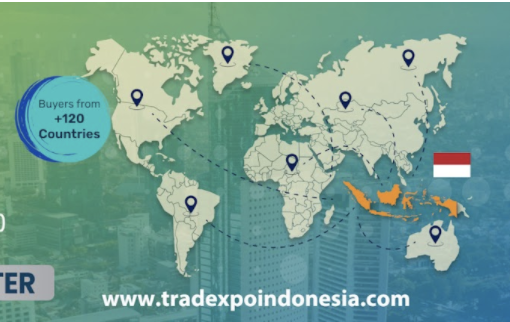 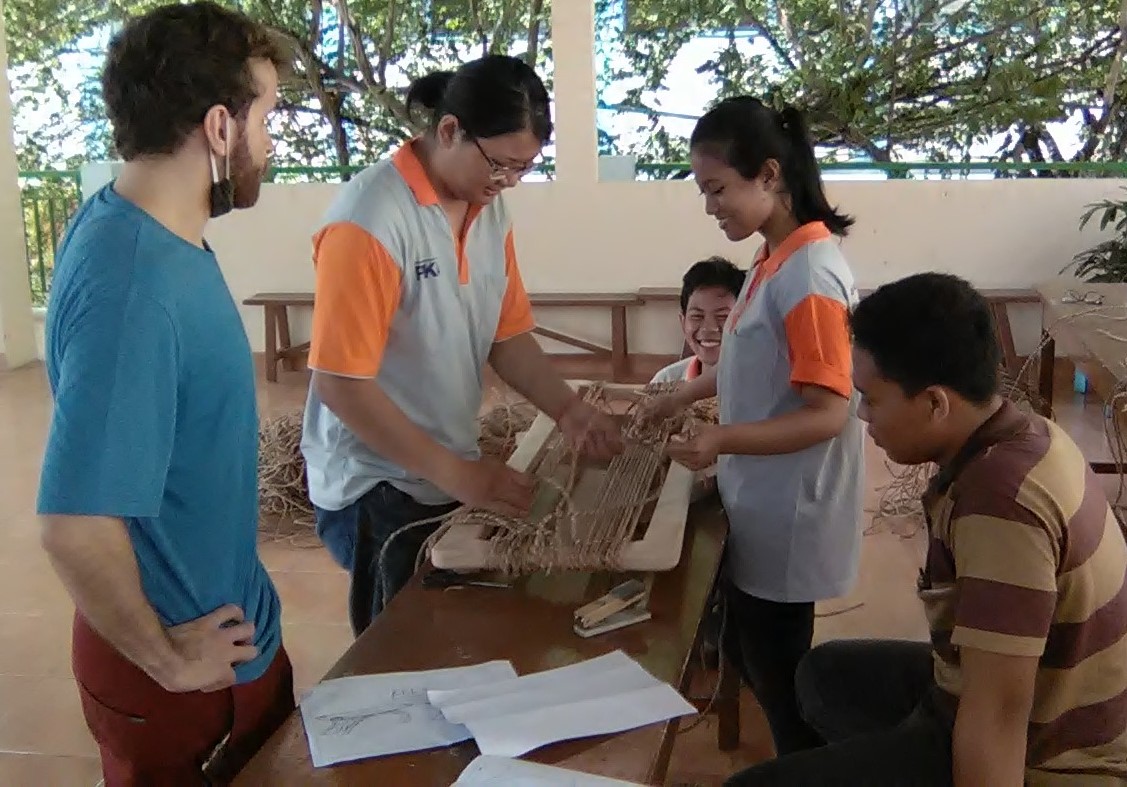 Fairventures is a NGO based in Stuttgart (Germany) which is engaged in reforestation in Kalimantan. Together with local partners Fairventures helps farmers […] 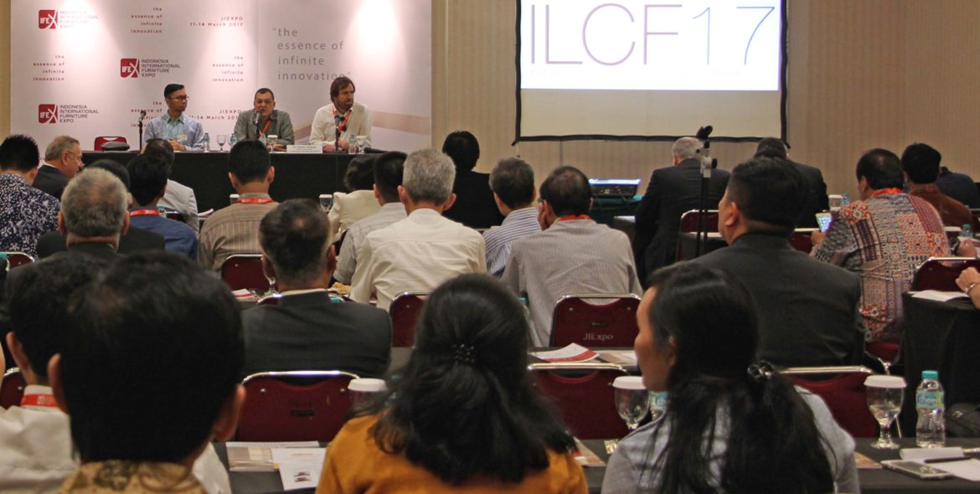 Fairventures Worldwide organized the first “Indonesian Lightwood Cooperation Forum (ILCF)” on May 13th, 2017, during the biggest furniture fair in Indonesia, the […]

Construction of the new 84-meter, 24-storey high ‘HoHo Tower‘ in Vienna, Austria – set to be the world’s tallest timber building – […]